With two of the latest entries in this historic Jeep series, the Wrangler has ascended to never-before-seen levels of power, speed, and refinement. That statement may make these two new Wranglers sound dainty, but their raw ability where the pavement ends is unrivaled. 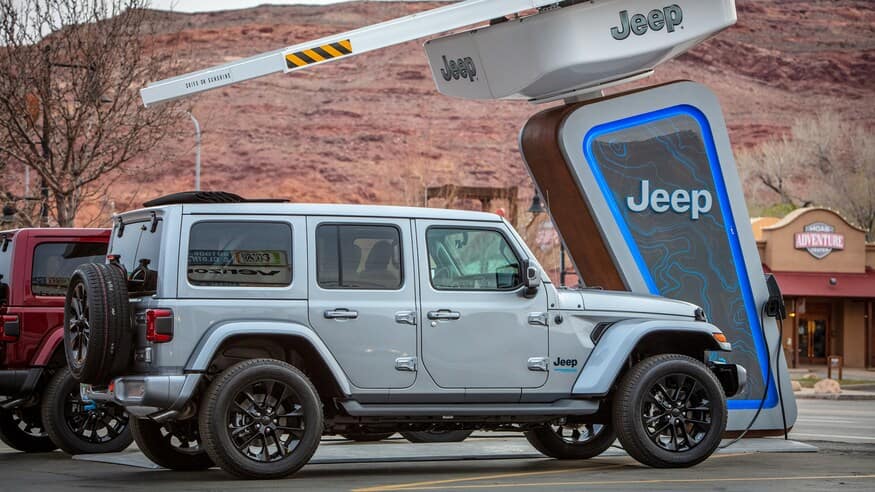 Like the Grand Cherokee Trackhawk is in its element at the track, so, too, are the Jeep 4xe and Jeep 392 at their best when thrown into a literal quagmire, bog, or occasional creek fording.

Before we get into which is “better” than the other, let’s dive into what exactly these new Jeep Wranglers in Edmond Oklahoma are. 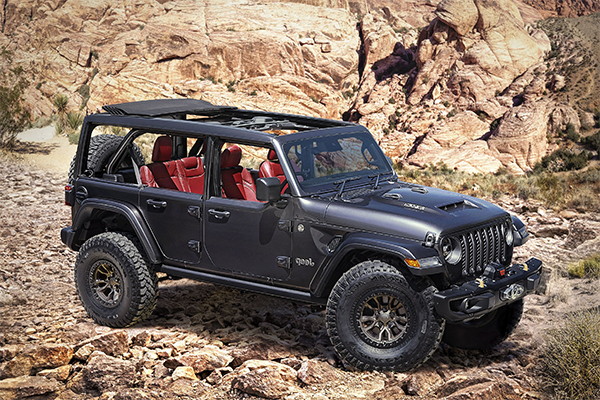 Jeeps haven’t always been the fastest vehicles on (or off) of the road. In fact, older examples such as the Jeep FC made an anemic 72 horsepower, which would send it scuttling zero to sixty eventually.

New Jeep Wranglers near me have grown quicker, smarter, and tougher than ever before.

-And now it has been taken to another level entirely with the addition of a V8 engine that’s able to claw from zero to sixty in just four point five seconds. It’s no overstatement to say that the new Jeep Wrangler Rubicon 392 in Edmond is the fastest Jeep Wrangler you can buy.

If you know the precedent set by Jeep’s sister company, Dodge, you’ll know that the hemi is Dodge’s solution to just about everything. This is for good reason, too, as the Jeep Hemi is an absolute monster.

Now not only is this thing fast, but it’s also bearing the Rubicon name and all the ability that comes with it. The Jeep Rubicon name is a promise, one that says right out of the factory it can conquer the legendary Rubicon Trail, and the 392 Jeep will be no exception.

The new 4xe is a plug-in hybrid that allows for hyper-efficient motoring, near-silent electric only wheeling, and all the bushwhacking Jeep is known for.

Detractors of electric vehicles and plug-in hybrid vehicles may suffer the misconception an electrified Wrangler isn’t as powerful as the new Jeep Wrangler, but the 4xe Jeep’s 470 lb-ft of instant torque would beg to differ.

The new Jeep Wrangler 4xe can scoot from zero to sixty in six seconds flat, which is exceptional for a zero percent aerodynamic box of a Jeep. Horsepower may be an overrated measurement of ability, but just in case the Wrangler 4xe near me puts out an impressive 375 horsepower.

The 4xe Wranglers near me can charge up to maximum capacity in about two hours, so you’re never too far out from being back on the trail. This new Jeep 4xe in Edmond can run on electric-only for up to 21 miles, making it a silent trail master that puts out nearly zero emissions. 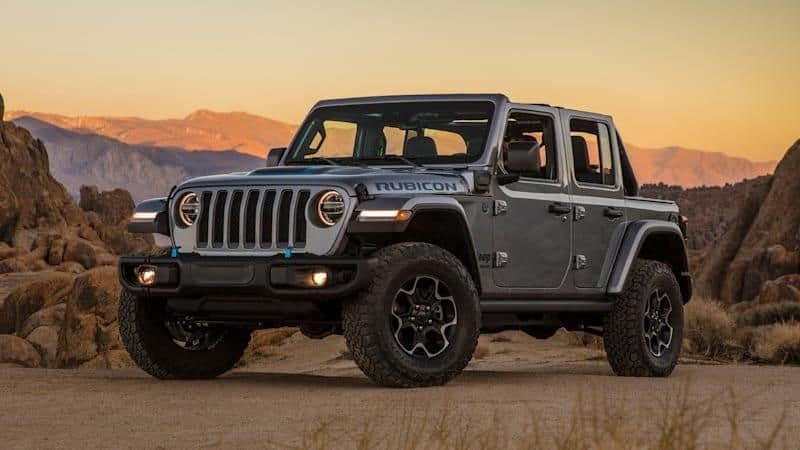 When it comes down to it, the better new Wrangler is whatever fits your lifestyle the most seamlessly. For people that may use their Wrangler in Oklahoma City for commuting as well as weekend adventures, the gas-saving 4xe Jeep near me may be the best choice.

Meanwhile, if you’re less concerned with going green or saving money on gas station fillups, you may prefer the raw power of the new Hemi Wrangler 392.

Snarling launches or silent climbing? Ultimately, it’s up to you.

We’re your local Jeep dealership, and we’d love to help you get behind the wheel of either the 392 Jeep or the Jeep 4xe today, and at a payment that’s built to fit your budget.